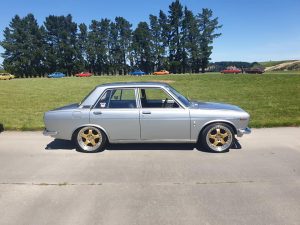 We thought since it has been such a long time between updates we might as well make it worth while so we have given the site a complete refresh. We hope you like the new changes even as subtle they may be. Why mess with something that works correct? Anyway, we have more plans in the pipeline so make sure you keep checking in. As always we welcome any feedback or suggestions

We have been incorporated for some time now, things are progressing well, with the committee meeting monthly to discuss club organization, cruises, and the general day to day things that the club needs, from sponsorship deals and Financial Member membership cards to Club apparel and decals. Plus much, much more. For more info, visit the forum to see just what you can add to this growing club.

We are now officially Incorporated!, and from this day forward we will be known as the New Zealand Datsun Club Inc. A draft of the Club’s logo and Banner are in it’s final stages, so watch this space.

A Meeting was held, and the “Draft” set of rules were ammended, which will then be rewritten to include these amendments. A club logo can then be decided on and also included
Once that happens, We can send the rules away with our sign up fee.

Bart (Bartman) is currently working on a “draft” set of rules thats needs to be sorted out for legal purposes.

Once he has made the draft set of rules, we’ll organise to get together, and go over them as a group, and make any changes/additions that may be needed.

After that, we just need to put all the paperwork through to the right places, with the right number of signatures on it.and we’ll be away!